THE ADRIAN HOTELES FOUNDATION DONATES 85.000 EUROS TO HELP CHILDREN OF TENERIFE WITH PSYCHIC AND SENSORY DISABILITIES

You are here:
Latest news 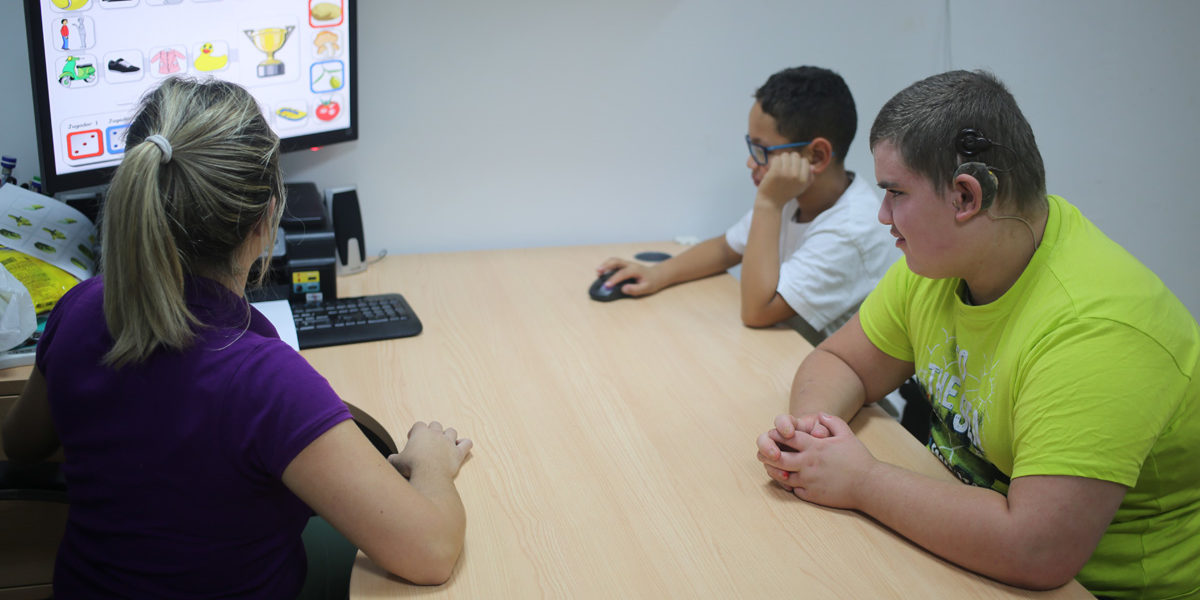 The agreement, signed with the Association Ágora Center for the Attention to Diversity, will help more than 60 children throughout the year

The Adrián Hoteles Foundation donates, one more year, 85.000 euros to the Association Ágora Center for the Attention to Diversity to help more than 60 children, from Tenerife and other islands of the province ,with physical, mental and sensory disabilities.

Throughout the year, the foundation is responsible to cover the expenses of speech therapy, physiotherapy, pedagogy, psychology and occupational therapy for children with Autism Spectrum Disorder, Attention Deficit Hyperactivity Disorder, sensory disorder, hearing loss , as well as other diagnoses considered as rare diseases.

For Vanessa Martín Hernández, president of the Association Ágora Centre Association, located in Los Cristianos (Arona), “this help allows us to support many families who are in a difficult situation, to be able to take their children to the different therapies they need throughout the year ”, and clarifies that“ without this type of aid many children with disabilities would be neglected”.

At the association "we also help children who are not yet diagnosed due to their early age or the delay that occurs to obtain the necessary official documents," Martin recalls.

For her part, the Director of Operations of the Adrian Hoteles Foundation, Marlene Nin, explains that “the objective of our foundation is to help associations that improve the quality of life of children with serious problems and elderly people, and for this we have the support of our clients, partners and suppliers that collaborate with our organisation, to whom we are very grateful ”.

In this sense, the parents of affected children have expressed their gratitude to the foundation "thanks to which they are able to offer their children the treatment that they could never have had with institutional aids and, it should be remembered, that children with problems are on the increase, ”says Marlene Nin.

This is the case, for example, of Damián, a 13-year-old boy who has a bilateral cochlear implant due to his hearing loss associated with Smith Magenis syndrome, a complex genetic disorder characterized by a variable intellectual deficit, sleep disorders, craniofacial and skeletal abnormalities , psychiatric disorders and motor and speech delay. Nayra, the mother, says that Damián is the first child in the Canaries diagnosed with this disease.

Having a rare disease, Damián has moved from one state school to another and last year, due to the lack of specialized professionals who should have assisted him at the school where he was, he remained without schooling for the entire academic year. This year he is in a school again, but Nayra explains that “two days a week I go to the Ágora Center and thanks to this personalized attention Damián is much better and, above all, calmer”.

Another case is that of Guacimara, with a 12-year-old boy, Adrián, with Down syndrome, who has integration problems and has tried to have her son supported at school by a specialist, “so that he has the same opportunities as the rest of the children, because if he doesn´t, he will be completely excluded ”. Her son also goes to the Ágora Centre twice a week where he receives occupational therapy, speech therapy, psychomotor skills, and pedagogy.

Francis is another mother who receives help. She has a 10-year-old boy with ADHD and depression who has been going to the Ágora center of Los Cristianos for a year and who says that "thanks to the help of the speech therapist and the pedagogue, he is gaining more social skills."

Note: Photo of Vanessa Martín (left) along with Marlene Nin, in the Ágora Center is attached.

The Adrian Hoteles Foundation isa non-profit organisation, born in 2017 from the initiative of its founders: the married couple Rafael Adrián and María Aurora Ruera, and their children Daniel and Julián.The foundation has as its main purpose the support to other entities for the development of activities and projects to improve the social, economic and educational needs of the Canarian population who are disadvantaged, at risk or vulnerable. We concentrate our efforts in the youth and the elderly.

The Agora Center Association for the Attention to Diversity was created in 2013 and promotes, develops and enhances all kinds of activities, programs and services aimed at achieving full integration at school, in social life and at work, of people with special needs, in order to improve their quality of life. Different actions are carried out to solve the lack of resources that people with disabilities have so that they can be effectively integrated into today's society.